Court proceedings to recover money you’re owed are not only slow but also expensive. The fee — from £455 to ££10,000, depending on the size of the debt — has to be paid upfront, which can be difficult if the debt has left you short.

And this doesn’t mean the process goes any quicker. First you have to obtain a court judgement that you’re entitled to the money. Then, if the debtor still doesn’t pay up, you have to pursue means of enforcing the judgement.

However, there is an alternative strategy — applying for insolvency proceedings against the debtor.

Insolvency proceedings can be brought against either an individual (bankruptcy) or a company (winding up). Either can be entered into voluntarily, but they can also be initiated by a creditor without the need for court proceedings.

To start the process, you serve a demand for the sum you’re owed and, unless its either paid or challenged, then file a petition for insolvency. If the petition is granted, a liquidator or trustee is appointed to control the debtor’s assets and distribute them fairly among the creditors. 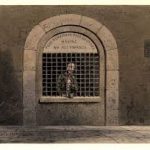 Pros and Cons of the Insolvency Solution

Petitioning for insolvency has a number of advantages over court proceedings, but it’s not suitable in all cases. One big plus is that it’s a far quicker procedure — the debtor can’t put off responding for long.

The major downside is that, though as the petitioner your expenses will be considered as a priority, insolvency provides equal restitution to all creditors. If there isn’t enough available to cover everything, your claim won’t get preferential treatment. Another is if the debt is disputed, which could be a major obstacle.

Nevertheless, there are two factors that make petitioning for insolvency an attractive proposition. If the debtor is simply delaying payment or prioritising other debts, the prospect of insolvency is likely to change their mind. Being declared insolvent can have serious consequences, and most debtors are likely to do their best to avoid it.

Even a debtor who’s genuinely having difficulty paying may be motivated to restructure their affairs to allow payment. On the other hand, if they genuinely can’t afford to pay, court proceedings aren’t going to get you the money you’re owed. Insolvency is likely to get you something, at least.

An insolvency petition isn’t free, and if you have a small claim it could be more cost-effective to pay the £455. For a large claim, on the other hand, insolvency will be a far cheaper option.

Get in touch with me for a chat if you want to know about your options for recovering debts.