The idea of being sent to prison for owing someone quite a small amount of money seems hard to believe today, but it was still happening well into Victorian times. Life in Victorian prisons was very difficult from the moment of capture to the moment of death or release, making them a sympathetic lot in many aspects of Victorian Society.

The position of debtors in prison was slightly different to that of the regular prison population. The idea of the debtors being in prison was to confine them, not to punish them. Consequently, they were housed separately from the rest of the prison inmates; and the way that they lived in prison was dependent on their affluence and the generosity of friends and family.

They paid an admission fee to a certain room and the more expensive the room, the better the conditions.

There were no strict rules as there were in the rest of the prison, and the debtors were free to buy food from a miniature market. Life could actually be very relaxed. The theory being that men in there would be able to work in order to pay off their debts. However, in reality, this was often impossible.

In the 17th century, bankruptcy was a complex legal issue, and few people actually ended up in the debtor’s prisons, as illustrated by Charles Dickens. Until 1841, the legal status of being a bankrupt was confined to traders owing more than £100. Debtors who were not traders did not qualify to become bankrupt, but remained “insolvent debtors”; responsible for their debts, but unable to pay them. They remained subject to common law proceedings and indefinite imprisonment, if their creditors so wished. The legal definition of a trader came to mean all those who made a living by buying and selling, which in due course also embraced skilled craftsmen who worked on various materials. However, farmers were specifically excluded. It was better to be a bankrupt, than an “insolvent debtor” and as a result, debtors would give misleading general descriptions of their occupations.

Until the 1700’s, imprisonment was the common punishment in England for debt; but it became recognised that this was self defeating and, in 1705, a statute was passed allowing debtors to be released from liability, provided that they cooperated with the authorities in trying to pay their creditors.

In 1844, an Act was introduced which defined the position of those who were allowed into the debtors’ rooms, in order to make sure that those in there were actually debtors in the true sense of the word; and in 1868, a further Act meant that a person could only be admitted as a debtor if they had the means to pay off a creditor, but refused to do so. They were often treated as being in contempt of court, and treated like a felon.

Bankruptcy, as you know, is a legal process applied to someone unable to pay their debts.

An Old Italian custom supposedly called for the breaking of benches or tables of bankers and money lenders, whose businesses had failed. It also refers to an indebted person or business involved in bankruptcy proceedings.

Bankruptcy discharges the debts once and for all, up to the time of the bankruptcy, and if there are sufficient assets, the supervisor in bankruptcy will distribute funds raised as a dividend. During the period of bankruptcy, a bankrupt is prevented from managing his or her own financial affairs.

Bankruptcy is not the same as being insolvent. To be insolvent means that a person is unable to pay their debts when they are called in. Bankruptcy refers to the legal process carried out to administer a person’s affairs.

Bankruptcy in itself is not a criminal offence, unless it is accompanied by fraud.

In Roman times, and in medieval Europe, debtors were liable to have their property seized and handed over to creditors. Merchants and traders were often treated differently to other debtors.

In 1847, new instructions that were sent to all prisons in Britain meant that people owing small sums of money would get better treatment, and in the future they would not have to share cells with serious debtors or criminals.

The official entry stated “they shall as far as the construction of the prison allow thereof, be separated from other debtors, but shall not be placed in separate confinement, or with any class of criminal prisoners”.

In fact, it was the beginning of a more considerate attitude to debtors, which would eventually result in the ending of prison for owing money.

Strangely today, there is a possibility that a debtor can be committed to prison from the result of litigation, but only for contempt of court, by ignoring a particular court order.

References to the treatment of debtors in prison shows what they were to be given to eat and drink, with separate lists for men and women. A reminder that women could also end up in prison for owing small sums of money, as well as men.

There were several prisons throughout Britain where debtors were incarcerated, and in London for instance, Whitechapel Prison was the debtors’ prison for Stepney and Hackney, for those with debts between £2 and £5. Newgate prison was probably one of the better known prisons.

There was a “New Debtors” prison built in White Cross Street, London. Records show that “this prison was erected to confine those unfortunate persons who would otherwise have been incarcerated with felons of every description within the walls of Newgate”.

Many clients that we act for would love to see us return to the days of debtors’ prisons, and having witnessed the various predicaments they find themselves in as a result of being owed substantial sums; it is easy to understand their wishes. But the laws that protect debtors by allowing them to ignore their financial obligations are often the laws that allow them to take advantage of their creditors and will continue to do so for some time in the future; and even ease the financial pain of debtors further.

And hopefully remembering this will help you to avoid giving unnecessary and frivolous credit to someone who could end up owing you a substantial amount of money, with no hope of repaying the debt. 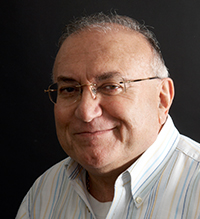 We believe in offering a professional service, and are proud and protective of our reputation, and the relationships we have built with our clients.

We are confident that once you have used our service, you will be impressed by the results that we are able to achieve; backed by the knowledge that you have instructed an agency not only licensed by the Office of Fair Trading, but are also registered with the Data Protection Registrar. An agency fully protected and covered by professional indemnity insurance.